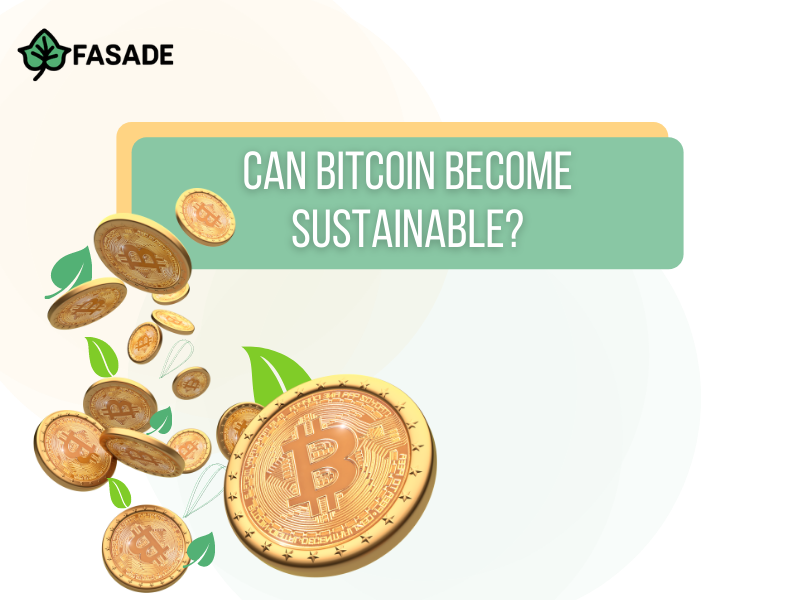 Cryptocurrencies have never been as popular as they are now. As of writing this article, bitcoin is valued at $61,166USD for each ‘coin’. The global cryptocurrency market cap is $2.20 trillion. A decade ago, the idea that a digital coin, not issued by a central authority or with any real asset behind its valuation, could gain this level of traction would have been met with derision.

However, problems have been plaguing bitcoin since its inception. Even in 2009, there were concerns about the energy appetite associated with bitcoin mining.

The more valuable Bitcoin becomes, the greater the incentive there is for people to mine it. With the energy being poured into the mining of these coins, there’s a cost on the environment. According to Digiconomist, bitcoin is responsible for almost 48 million tonnes of Co2 emissions each year, putting it on par with the carbon footprint of a country like Norway, and outpacing the total energy consumption of the Czech Republic. This is partly because the vast majority of bitcoin mining occurs in China - an estimated 65%, which poses a problem as the region relies on a high proportion of coal in its energy mix, resulting in disproportionately high carbon emissions.

The carbon footprint of bitcoin, therefore, puts it at odds with ESG investors and other stakeholders. Even as big companies like Tesla and MicroStrategy purchase bitcoins for their portfolio assets, some investors are wary because of their corporate social responsibility obligations and commitment to environmentally sustainable values. If a company wants to get into the cryptocurrency scene, what are they to do?

Well, there are other coins to choose from. There’s Ethereum, Litecoin, Tether, Chainlink, DogeCoin, and many others, including some more sustainable ones. There’s BitGreen, which was released in 2017 as a carbon-friendly alternative to Bitcoin. SolarCoin, which is mined using solar technology, is another example of the pivot cryptocurrencies are making in a bid to become more environmentally sustainable. But even if the grids used to power cryptocurrencies rely entirely on renewable energy sources, it doesn’t address the problem of e-waste.

It’s not just the energy consumption that Bitcoin and many other of these currencies which poses an issue; it’s also the fact that mining itself produces significant amounts of e-waste. Miners initially used everyday computers to do the proof-of-work algorithms. However, within a network of competing mining machines, the more energy-efficient machines have an advantage, and by 2013 miners transitioned to ASICS (application-specific integrated circuits), which are designed for the sole purpose of solving the complex mining algorithms. With the technological advances in hardware efficiency, this means that every 1.5 years, they’re being replaced. This trend follows Koomey’s Law, which states that the energy efficiency of computers will double every eighteen months. (While this has held in the past, we may reach a bottleneck, and Koomey’s Law will prove to have only been a pattern.)

In 2019 Alex de Vries calculated that each year Bitcoin led to almost 11,000 metric tons of electronic waste - “comparable to the total e-waste generated by a country like Luxembourg”. When this fact is coupled with another (that only a fifth of electronic waste worldwide is recycled) it becomes clear that the nature of bitcoin mining is unsustainable itself, which does not bode well for its future, particularly if regulators turn their eye to more stringent measures.