The Cost of Data in Finance 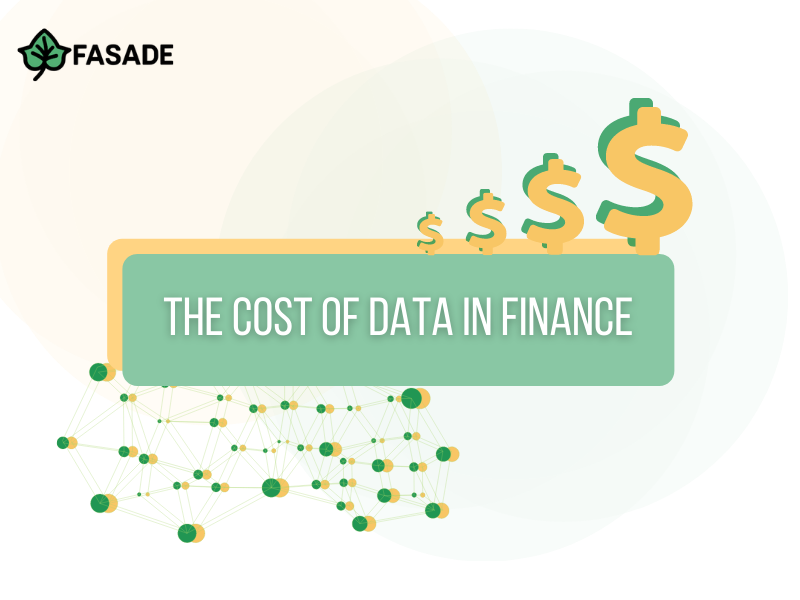 Each day 2.5 quintillion bytes of data are produced. While a little is deleted or stored correctly, a majority of it disappears into the ether of unstructured data, never to be seen again by the light of day. IBM claims that 90% of the data collected last year was dark data and, according to a study by Splunk in 2019, this unstructured data, which is never utilized or seen, can consist of as much as 55% of the data stored by a business.

The financial sector is not free from this burden. If anything, it's worse. According to Squirro, 80% of the data collected by financial institutions is left unstructured and unutilized. There are reasons for this. Compliance regulation requires that many businesses store their data, and this is particularly stringent in the financial sector, where they handle sensitive information and the ramifications of possible misconduct are costly.

So instead of removing data, financial firms opt for storing it - just in case - which makes them an attractive target to hackers, exposing them to vulnerability. Most people find out about the significant breaches when they circulate their way in the media - Equifax, JPMorgan Chase, Citibank - and are tempted to dismiss them as unlucky incidences, but there are dozens of smaller ones that are just as significant. In 2018 there was an increase in cyber attacks on financial services firms by 480%, and, as an article by Financier Worldwide states, last year, there was a 238% increase between February and April.

The more we transition to storing information on the cloud, the more likely these attacks become. Worse still, every time a cyber attack succeeds, the reputation of the firm suffers. For small to medium-sized financial services that had their information breached, 30% reported a loss of clients, and 89% had their reputation impacted. If the attack is particularly severe, with a substantial impact on the client base, the company might be forced to shut down its business.

There is a secondary issue: firms can be fined for unstructured data. As the article mentioned above points out, the cost of firms each year for this is $2.5million, which is often less than the cost of the solution itself. The only barrier in directly tackling the problem is awareness of the possible solutions. With the state of data being stored endlessly on the cloud, it has become more critical than ever to ensure that the only necessary information is kept.

Jasmit Sagoo, head of technology at Veritas Technologies, suggests a few paths that firms can take in the future to tackle this issue. One is using the right technology, whereby a company utilizes a unified data management platform - like the one Fasade offers - in order to deal with dark data. Another is enforcing a data management policy across the board so that only relevant information is retained.

While there are a number of solutions, it's difficult for a company to know which direction to take. Leave a comment saying what you would do.