The Environmental Impact of Your Streaming Habits 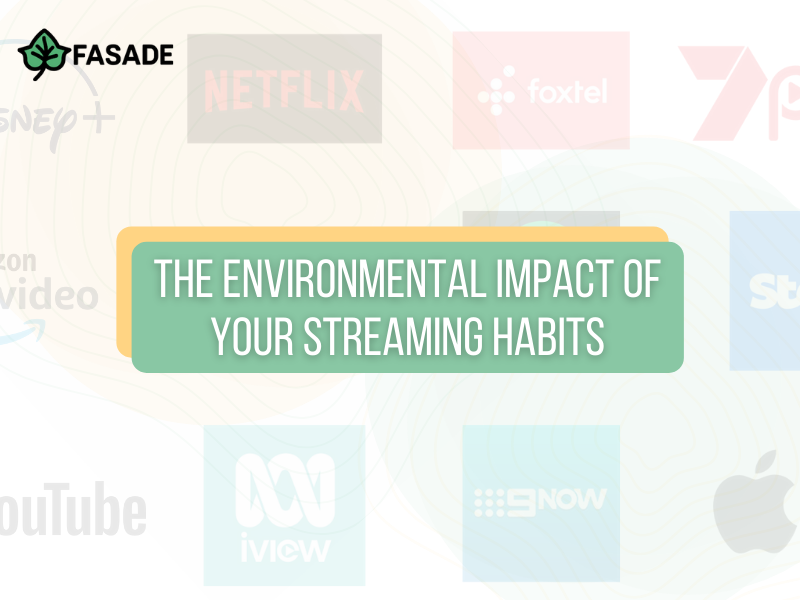 Everyone is guilty of storing backups they don’t need, forwarding the occasional chain email, and sending photos of their pets to a little too many people. Our online interactions are not measured in regards to cost, so they lean towards the side of excess.

But there are costs, even if we don’t directly feel them.

We’ve discussed this in previous articles, but to refresh your memory: data has a carbon footprint produced by the servers and facilities that process and transmit information. The internet and its infrastructure are responsible for approximately 4% of carbon emissions, and the number is projected to rise.

A spam email produces 0.3g of carbon dioxide emissions. This number could increase by 30g if there’s a photo attached. While this is significantly less damaging than a physical letter, the issue is that there’s an overwhelming number of emails sent - each day in 2020, 168 billion spam emails were sent around the world, without consideration for their environmental impact. Even something as simple as a google search produces 0.2g of CO2.

These activities aren’t particularly energy-intensive, so how about an activity that is, like streaming.

It turns out that streaming online videos comprises around 60% of internet traffic worldwide and results in 300 million tons of CO2 each year. In order to offset that, almost two billion trees would need to be planted.

In 2019 it was widely reported that streaming a 30-minute video on Netflix resulted in the same amount of emissions as driving a car for 6 kilometres - 1.6kg CO2. This figure came from a study by The Shift Project and was later corrected to 200g. This is the equivalent of driving a car for a kilometre, and reasonably close to a study conducted in 2014, which found an hour of streaming produced around 420g of CO2.

While that might not seem significant in itself, it’s important to realise the magnitude of the problem. Netflix alone has over 200 million subscribers, each watching an average of two hours a day. In 2016, streaming videos on Youtube led to 11.13 million tons of carbon dioxide equivalent emissions.

Streaming giants like Netflix and YouTube have a responsibility to be transparent, and expanding the scope of their emissions is a necessary step in that direction. Netflix has committed to do better, though, joining a research project called DIMPACT. The project is a collaborative work with researchers from the University of Bristol and intended to help media companies like BBC and Netflix calculate the digital waste they produce.

There are, of course, more significant sources of greenhouse gas emissions. Our internet activities seem small compared to the impact of the transport sector. Still, it’s important to realise that the more prominent issues have already garnered attention and are being tackled as climate change’s effects become more pronounced. However, it’s not enough.

If the world is to make tangible progress on reducing emissions and becoming more sustainable, then the entirety of the way businesses are run needs to be transformed if there is any hope of meeting the commitment made in the Paris Agreement. This includes the transmission of data. Data growth has led to the number of data centres increasing from 500,000 to 8,000,000 in less than a decade, and this growth rate shows no signs of slowing.

So for corporations: reconsider the way that carbon emissions are accounted for. For individuals: download your favourite show on Netflix so that you can rewatch it, rather than streaming it.