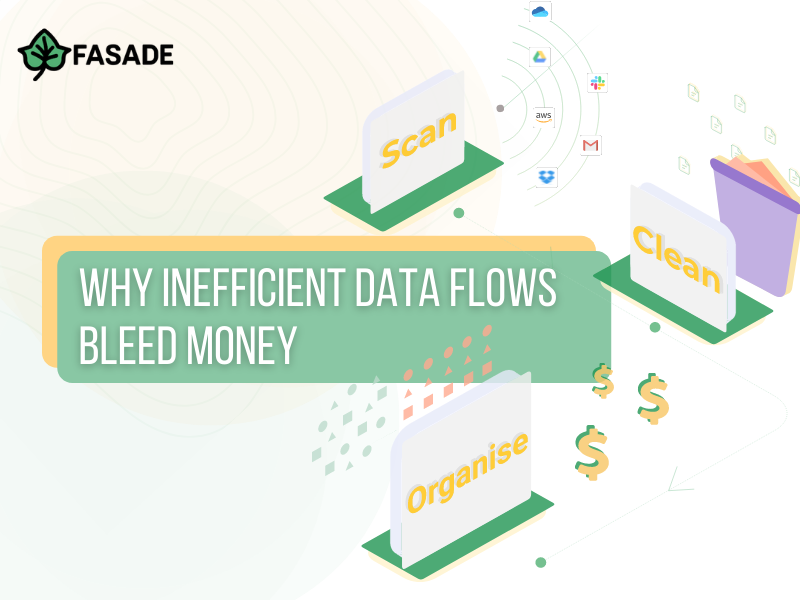 The age of big data is here. The vast majority of companies today acknowledge that data has a significant role in business operations, which is only growing more prominent as technology becomes more pervasive throughout society. According to a study done by IDG in 2016, 78% of IT decision-makers thought that the insights derived from data analysis had the potential to change their company's operations, generating revenue. This belief is prevalent and has lead to companies collecting, storing, and hoarding data until there's so much of it that the sheer mass is overwhelming.

But there are problems. Data does not always come in clear and packaged forms, waiting for the right IT manager to stumble upon it and use it. In fact, it's typically a disorganized mess. Companies are typically more concerned with gathering data rather than structuring it. When data is stored, it becomes pooled into lakes with three components: structured, semi-structured, and unstructured. The last of these has the most dominant share - 55%, according to Splunk - and is never utilized.

It's unfair to lay the blame on businesses themselves. The sheer amount of information gathered across different services and storage banks is challenging to organize coherently and productively. Which is unfortunate, because the business typically feels the impact. A report commissioned by Veritas in 2020 found that 36% of IT leaders thought their teams were staggered by inefficient data management practices, and 38% said that their businesses decision-making capabilities were slowed because of it, leading to an average loss of 2 million dollars per year.

The unfortunate reality is that ineffective data management causes real damage. As Veritas discovered, 95% of respondents had suffered significant impacts across the board due to insufficient data management:

Even trained experts in data analysis can still find themselves lost while sifting through files, with 15% of their time consumed by trying to locate the relevant data needed for their task.

“A wealth of information creates a poverty of attention.” - H.S.

The simple fact is that there's so much data amassed that it's difficult to know where to look. It's widely acknowledged that an increase in data management will lead to productivity gains  and that means that without appropriate measures, a business' growth will be hindered, causing it to lag behind its competition.

However, the more bloated a business becomes with data, the more formidable it becomes to tackle it. At Fasade, we offer businesses a tool to liberate themselves from drowning in a flood of data. This comes in the form of a data management platform that aggregates and then audits data spread across different servers and programs.

The march of technological advancement does not falter. It takes step after step, gaining momentum as time passes until it's hurtling forward, leaving people who do not adapt behind. This is why ensuring that the foundation of business operations change now, rather than later, so that businesses can gain a competitive advantage in the new digital world.